Fashion Replica Watches — With only the most subtle of modifications to the iconic Luminor 1950 case, the new Panerai Luminor Due models drastically slim down the collection. 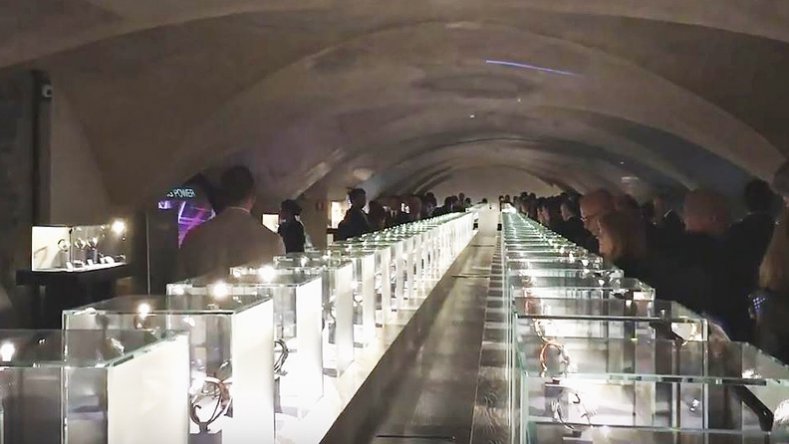 Officine Panerai is as discreet as the covert navy operatives that were, for many years, its only customers. Large-scale events such as last week’s “Dive into Time” exhibition are as rare as the brand’s limited-edition Swiss replica watches. In fact, the most recent event on a similar scale dates back ten years. But when the brand is about to add a new collection to its limited production, it merits a little pomp.

The prelude to the launch came in the form of the brand’s CEO Angelo Bonati summing up the evolution of Officine Panerai over the past ten years, at one point appearing on stage as a three-dimensional hologram to introduce someone who was better placed to introduce the new collection: himself! The slick 3D video presentation also presented some hard facts on just how far the brand has come in such a short time, the most striking of which being the increase in the average price of its models: from 1900 euros twenty years ago to 8,000 euros today.

At the Dive into Time exhibition held at Florence’s Marino Marini museum, the new Luminor Due models were just one highlight. Visitors had a rare chance to see the sought-after “pre-V” models that have been preserved by Officine Panerai. The “V” referring to the Vendôme Group, the predecessor of today’s Richemont Group, which acquired the brand in 1997 and put Angelo Bonati in charge of its first watches for sale to the general public. From wrist-worn torches and compasses the company progressed to producing military wristwatches such as the legendary “Egiziano” for the Egyptian navy. A walk through the exhibition transitioned seamlessly to a complete selection of models produced over the past twenty years, culminating in the new, thinner Luminor Due case. A watchmaker was on hand to show off the brand’s in-house calibres that now equip 95% of the collection (target: 100%) and there was even an engraver working on the exclusive engraved cases that adorn models like the Radiomir Firenze. 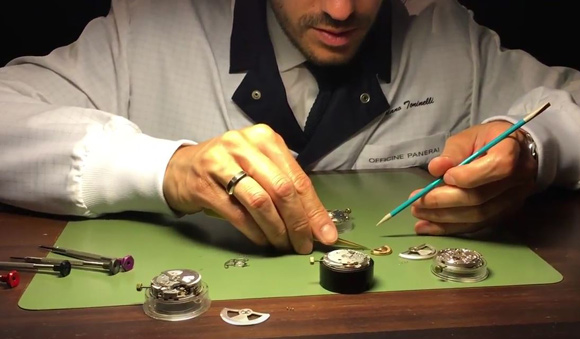 A watchmaker was on hand at the exhibition show off the brand’s in-house calibres . © Paul O’Neil 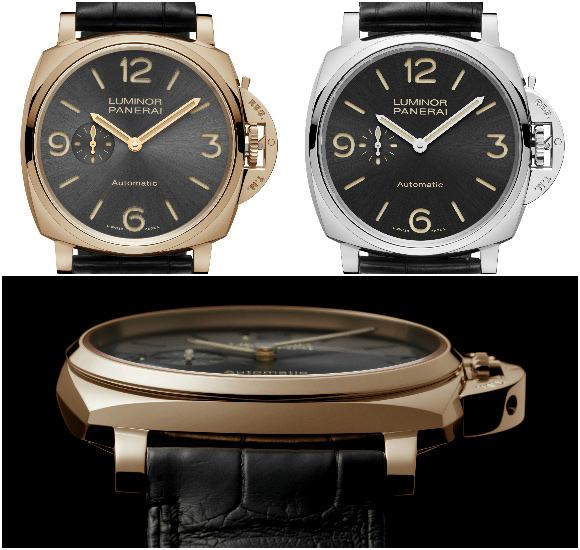 The Luminor 1950 case on which these new models are based has also been updated and fitted with the new P.9010 self-winding calibre to reduce its thickness and weight. This results in a total of six new Luminor 1950 references: two in a 42mm diameter stainless-steel case (PAM01523 with the white dial and PAM01392 with the black dial for €7,200) and four in a 44mm case (PAM01499 with the white dial, PAM01312 with the black dial and PAM01359 with a black dial with the individual hour markers like on the white-dial versions, all priced at €7,300). The black dial models will be available from June, but you will have to wait until September for the white dials. The fourth model is PAM00661 with the Carbotech™ case, which costs €11,500 and will be available from October. All feature small seconds at 9 o’clock, date at 3 o’clock and 72 hours of power reserve. The 42mm models are water resistant to 100 metres, while the 44mm models are water resistant to 30 metres. 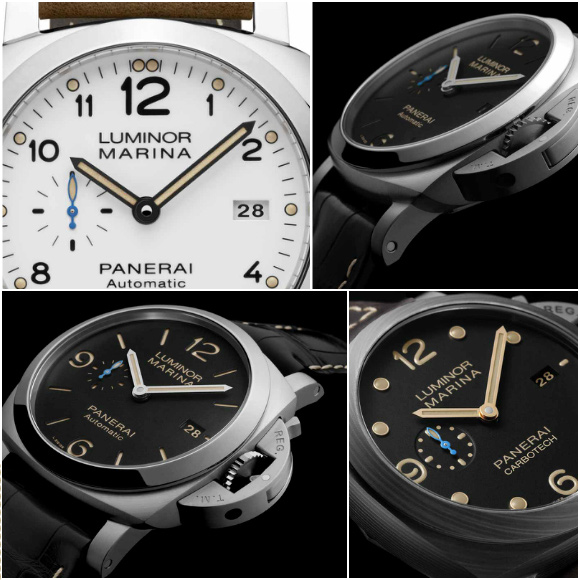 With so much to see, it was a shame that the Dive into Time exhibition was open to the public for just four days, from Wednesday 18th to Saturday 21st May. If you missed it, check out our short video review.